I remember when my Grandmother would bring out her piece of Mica rock and let me play with it. I would slowly peel away a piece and then would peel each little layer apart as well. So you can imagine the memories it brought back when I started designing this vintage necklace.

I used a 1/8″ hole punch on the Mini Mica Tiles and sewed them into vintage tatted lace for this side of the necklace. Look at that Mica and the way it sets off and accents different parts of the necklace! A couple of vintage buttons and some loose pearls for this side and I’m ready to have fun with Small Mica Rings!

For the Mica Rings, I also used a 1/8″ hole punch and used jump rings to dangle them from a bronze chain I got at a local craft store’s finding department. These rings are just perfect and I can already think of a bunch of different ways I’m going to use them. Because Mica is so light it’s just perfect for jewelry making.


'Twas the Night Before Halloween 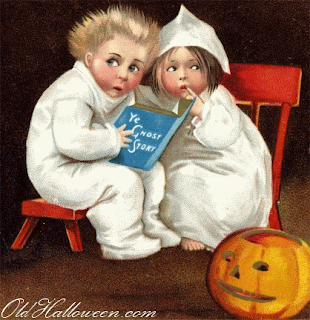 'Twas the night before Halloween


And all through the crypt


Every creature was stirring


Except one bat, who got gypped 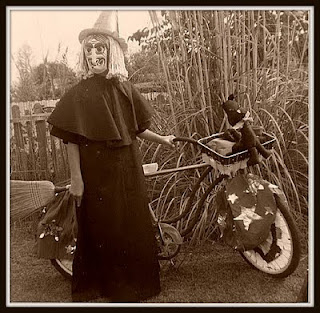 The monsters had gathered


To plan and prepare,


Who soon would be there. 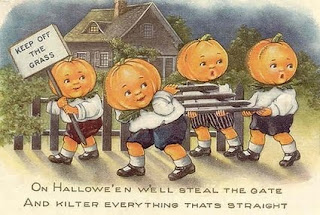 
Count Dracula grinned and slicked back his hair.

"Hurry up!" said a ghoul who started to yawn.


"There's so much to do before bedtime at dawn."


So the witches brewed up a magical potion


Which set every monster and goblin in motion 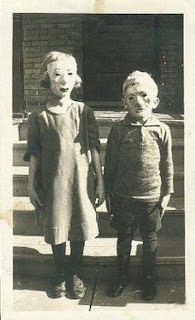 They blew up balloons, and hung streamers and lights,


And decorated till the wee hours of night.


Meanwhile the children were tucked in their beds


With visions of candy corn danced in their heads 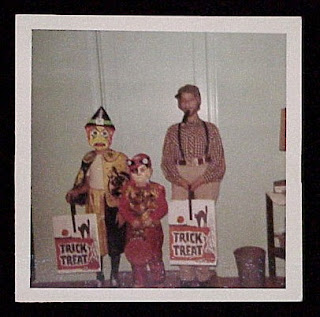 And when they awoke, it was Halloween Day


There was bobbing for apples and rides in the hay.


There were costume parties, and games to be played.


Cupcakes and candy and, of course, a parade! 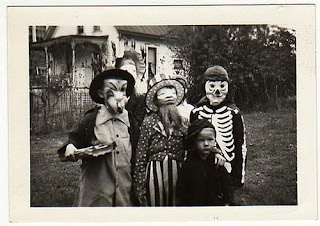 After dinner was served and the kids were done eating,


It was finally time to go trick-or-treating!


Put wings back on fairies, angels and bats 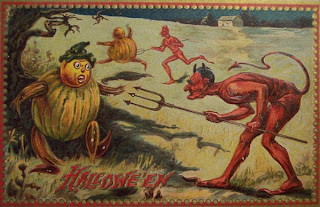 Jack-o-Lanterns were set out on porches with care.


Their grins seemed to say, "Knock if you dare."


Gypsies and pirates and zombies in rags, 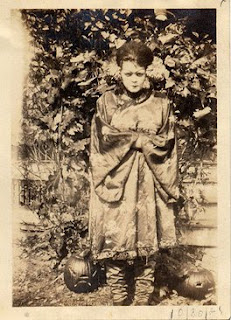 They walked down each lane, avenue and street,


Rang every doorbell and yelled, "Trick-or-Treat!"


But just when the children thought they were done,


The princess piped up, "We've forgotten just one!" 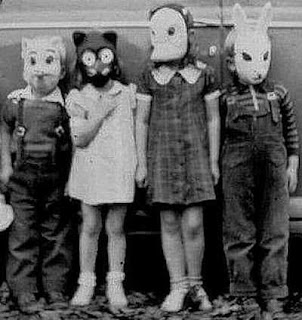 So they walked to the house at the top of the hill,


Which gave all the kids a spine-tingling thrill.


They stood on the porch and were ready to knock,


When the heard heavy footsteps, and a turn of the lock 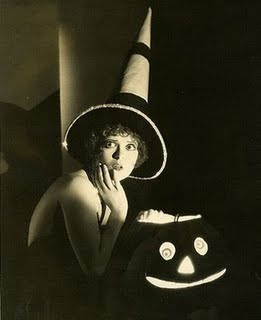 When what to their curious eyes should loom,


But a wicked old witch holding a broom.


Her cape, how it shimmered! Her face-oh, how scary!


Her hat was so pointy, it frightened the fairy! 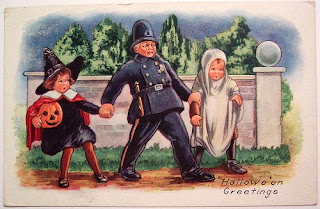 The wicked witch said, "Welcome! We have a surprise."


And the children yelled, "Run! It's not a disguise!"


The monsters were sad when the kids ran away.


They wanted the children to come in and play 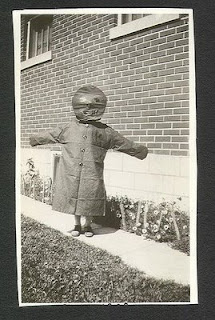 The wicked witch said, "We can have our own fun!


The monsters all cheered as they danced with delight,

For this Halloween I knew I must make a paper pixie costume and that is what I set out and did with the help of my fantastic assistant, Robert.
It was made from recycled e 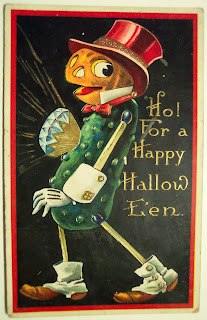 The Want2Scrap and The Craft's Meow Hop

Welcome to The Craft's Meow and Want2Scrap Hop! 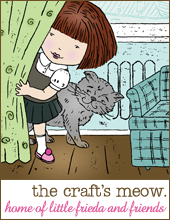 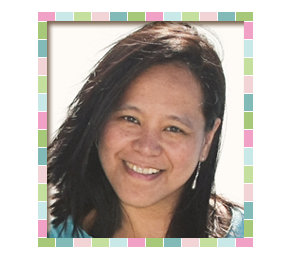 I'm a Filipino-American who currently calls beautiful Croatia my home. I'm blessed to be a wife to my best friend and mom to three sweet girls. Life and ministry keep me busy, but I always find time for crafts. I enjoy making cards that I like to send out and give away. I joined the paper crafting community in 2009 when I started my blog, Crafting in Croatia.

I have worked as a stamp illustrator/product designer for Layers of Color Art Stamps, Gina K Designs, There She Goes Stamps and Spellbinder Paper Arts. As a former science geek, I didn't know my artistic side until I started drawing for my girls to color. I got the courage to submit my illustrations to stamp companies (which I had to Google since I was only familiar with Stampin' Up!) for consideration. Surprisingly, most of them responded positively and I have enjoyed making cards with my own illustrations ever since. I have since expanded to die designs and I'm thrilled to work with Spellbinders Paper Arts creating die cuts for paper crafters.

I want to thank Lisa for the opportunity to design stamps for The Craft's Meow. I'm honored to be a part of TCM from the beginning. And what a treat for me to work with the talented Sarah and Alice also. God has given me a full life and I can't thank Him enough for the countless ways He blesses me everyday. 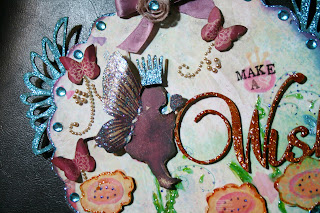 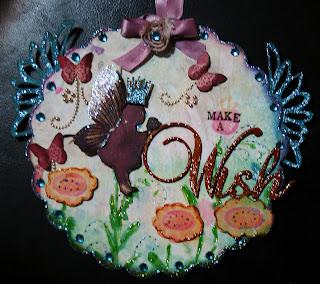 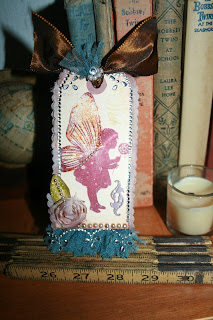 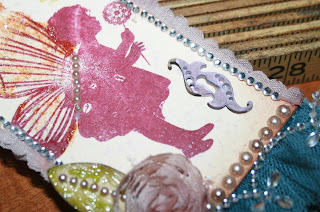 Overall size is approximately 3 x 4 inches Made in the USA from high grade non-yellowing photopolymer resin Designed by Nina B Designs for The Craft's Meow
Other:
Art Glitter and Adhesive

Sakura by Terri Sproul's Mixer
Karen Taylor (You are here!)

Leave a comment on Want2Scrap's blog for your chance to a $50.00 gift certificate to Want2Scrap!
The Craft's Meow will be giving away a stamp set of your choice to a lucky commenter on thier blog!

Deadline to leave comments to win is 11:59pm ET on Sunday, August 12th
Winners to be announced on the TCM & W2S blogs by Tuesday, August 14th

Thanks for joining us today and please leave some love for all of the wonderful designers who posted projects to inspire you! 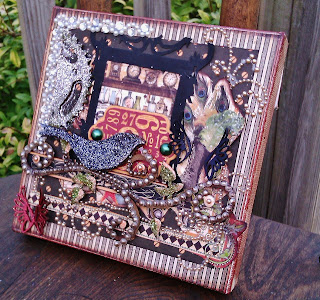 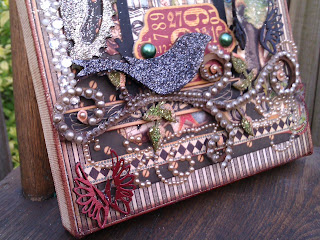 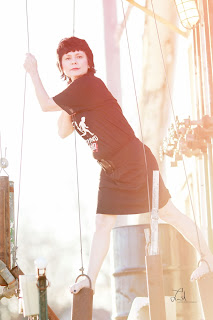 
Want2Scrap is teaming up this week to bring you tons of inspiration using Want2Scrap, Graphic 45, and Art Glitter products!

After you check out the Want2Scrap design team projects on the designers blogs head to Graphic 45 , and Art Glitter's blogs and see the projects made by their talented teams.

For my project I created a steampunk necklace using products from Want2Scrap, Graphic 45 , and Art Glitter. I used a thrift store find necklace to attach the necklace elements together and create this fun and funky wearable art. 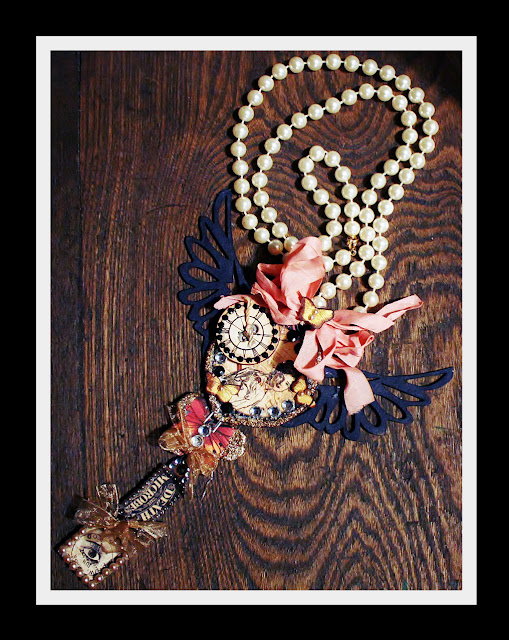 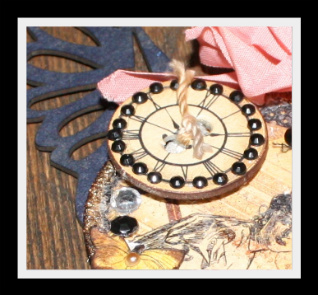 
Thursday:
Alyssa McGrew
Elise Durenberger
Be sure to check back every day this week for more project to inspire you! Want2Scrap will be giving a $100.00 giveaway to one lucky commenter's who comments on the designers blogs as well as the Want2Scrap's blog! Make sure you come back each day and enter to win and stop by the Want2Scrap Facebook Page this week and tell them you joined in the hop for a second chance to win a prize!
Thanks for joining me and until next time be creative!

After you check out the projects Want2Scrap's designers have made, be sure to head on over to the Authentique Paper Blog to find out what the talented members of their Design Team have in store for you today! 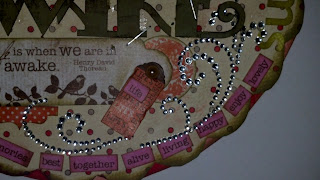 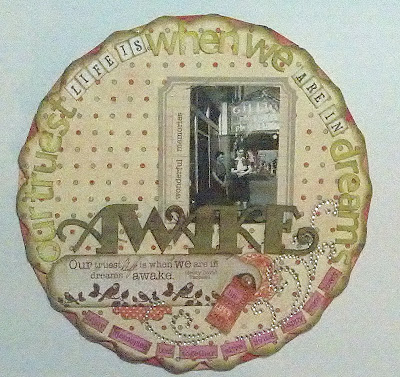 Make sure you visit:

Be sure to check back every day this week for more project inspiration! We have and Want2Scrap Prize Pack to give away to one of our lucky fans who leave a comment! Also, make sure you stop and visit us as well as our friends over Authentique Paper at each day this week, prizes and lots of wonderful inspiration coming your way! Also, make sure you stop by the Authentique Paper Facebook Page this week and tell them Want2Scrap sent you!

Thank you and until next time...be creative! 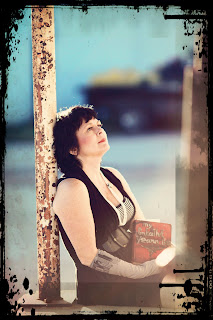 It is time for this week's challenge over at
The Play Date Cafe and it's that time again.... 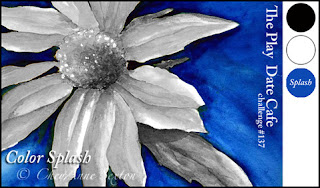 This week's 'splash' is BLACK, WHITE AND BLUE!
And I am this weeks guest designer along with the other talented Cafe player we are showing off Want2Scrap and their wonderful products! Everyone loves BLING! 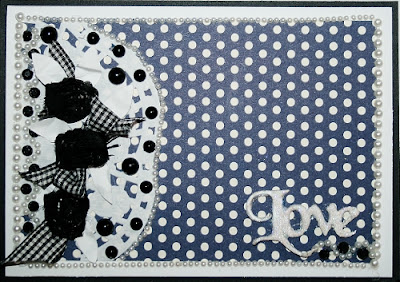 For my card I used:


shopping spree from us.

Check out all the fabulous 'splashes' from our designers


and this week's guest, ME

VISIT The Play Date Cafe for your chance to win the gift certificate from Want2Scrap when you play along!

Don't forget you can find Want2Scrap:
On Want2Scrap's Blog
http://want2scrapco.blogspot.com/

Thanks so much for joining me and until next time...BE CREATIVE!! 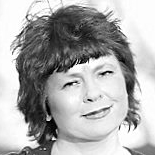